Product managers have to balance the demands of many stakeholder domains. The most important are the customers and prospects, of course. While direct interviews with them are the best input to roadmapping and prioritization, very often we have to rely on departments like sales, marketing, professional services, and support to be proxies for the market. I hit upon this technique and found it not only to be a good way to gather input for prioritization, but also to make a broad array of people feel truly involved in product development. And, to my surprise, it resulted in a newfound consensus across functional areas.

(I only found this out later, but when I first did this my boss was nervous that it would be a disaster. The first round wasn't flawless, and I've worked lessons learned into my recipe here, but it did go well and proved the efficacy of the technique.) 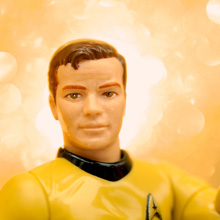 A take charge kinda guy… knows what he wants, knows how to get it.

Your VP of Client Success 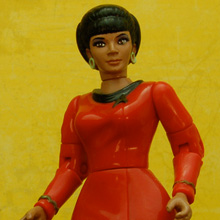 Communicates most directly with existing customers. Great barometer for renewals.

Your VP of sales 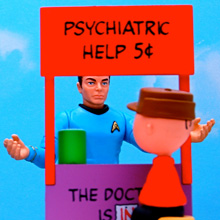 Emotionally engaged, with his finger on the pulse of the market. Responsible for much of the food on your table. 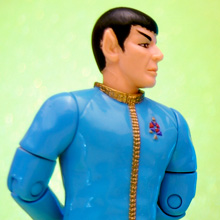 Takes a rational approach to partnerships and channel sales. 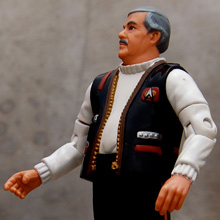 Underpromises and overdelivers (except when he doesn't). 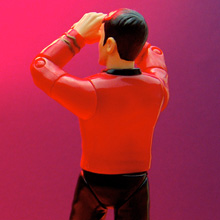 At any given time, could be you or a teammate.

Every one of these stakeholders is an idea factory and an important proxy for some part of your market. (Well, except maybe for the engineer… but they're vital too!)

First off, what is stack ranking? 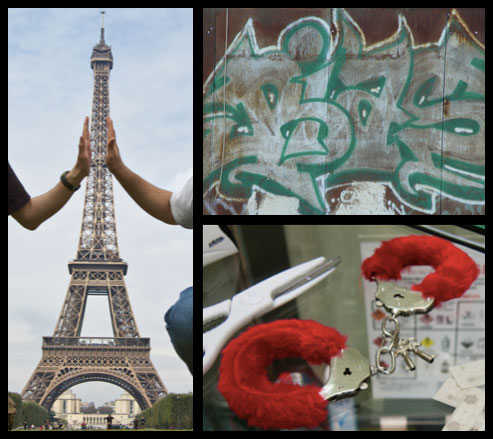 For those who haven't done it (or use a different name for it), stack ranking is just taking a bucket of feature requests (or roadmap themes) and putting them in priority order. It's an extremely simple concept—but given that your dev team will only be working on one to three things in parallel, it can be very effective for forcing perspective, cutting through recency bias, and getting rid of feature fetishes.

What you're left with is a firm grasp of what to do next, without losing sight of lower-priority items, and that's essential for planning.

Recipe for the team exercise

The collaborative stack ranking event is also easy to understand and execute. Here's what you'll need:

I use Google Sheets, but you can use any spreadsheet that supports live collaboration. Have a look at my example (http://bit.ly/1qQtqks). If you are using Google Drive, you should be able to copy and paste it into a new spreadsheet. (Google may not paste in the conditional formatting so you'll have to recreate it following the example below.)

This is how I made my spreadsheet:

2) Around 15 items for ranking

The rankables can be individual feature requests or epics, but it's generally better to keep them roughly the same level of difficulty. If that's not feasible, or if you want to rank heterogeneous items (there are good reasons to sometimes do so), add something to the item name to indicate its scope.

I find 15 items is a nice rule-of-thumb number. Above a certain limit, entering the rankings can get confusing. But, tailor it according to your needs and the allotted time. Expect discussion time to increase geometrically with each additional item.

There's no hard and fast rule on how to choose participants, but you definitely want to include as many functional roles as possible. In some cases, you may want to limit yours to the director- or VP-level, but for smaller companies or business units, you may be able to involve almost everyone.

Once you've got all the ingredients assembled, take a moment to review the items in your list with the group and check that everyone is clear on what they are; then, you're off to the races. There will be a little quiet time as people do their work. Once all the votes are cast, you can start an open-ended discussion. This is where your heat map comes in handy, along with the hidden average and “controversy” columns.

Scan each row and see what the background colors tell you. For instance, if one row is mostly gray (low priority) but a couple of responses are red, call individually on the dissidents and ask why. If you've got enough participants, you almost certainly won't have a total lack of controversy, and this will give you plenty to discuss.

Naturally, I expected this exercise to give me some valuable insights as well as deepen the feeling that everyone is a contributor to product priorities. But what I didn't expect was the feeling of consensus that came after. Salespeople understood the reasons underlying tech support's different perception of needs; engineers saw where the business people were coming from; marketing got a sense of what the customer success team was seeing; and so forth. Teams—especially small ones—need to pull together, and I found that even though each individual might not change how they advocate for any given roadmap item, we came away with a greater shared awareness of the myriad forces that drive a product and company.

It took you longer to read this than it will to prepare a collaborative stack rank session. Go ahead and try it. I think you'll find it a painless, maybe even enjoyable way to involve a wide variety of teammates in contributing to and deepening their understanding of your roadmap.

The individual photos are credited below, but these fantastic macro shots of Star Trek™ poseable figurines are born of the brilliant mind of JD Hancock, a web design wizard that you should hire or just throw money at. Seriously, look at his whimsical Stormtrooper series—these should get an Oscar®. (They give those out for Flickr photos, right?)

Apart from the cover photo (which I took on a hike in lovely Colorado), all photos used here are from Flickr and have a Creative Commons license allowing reuse.