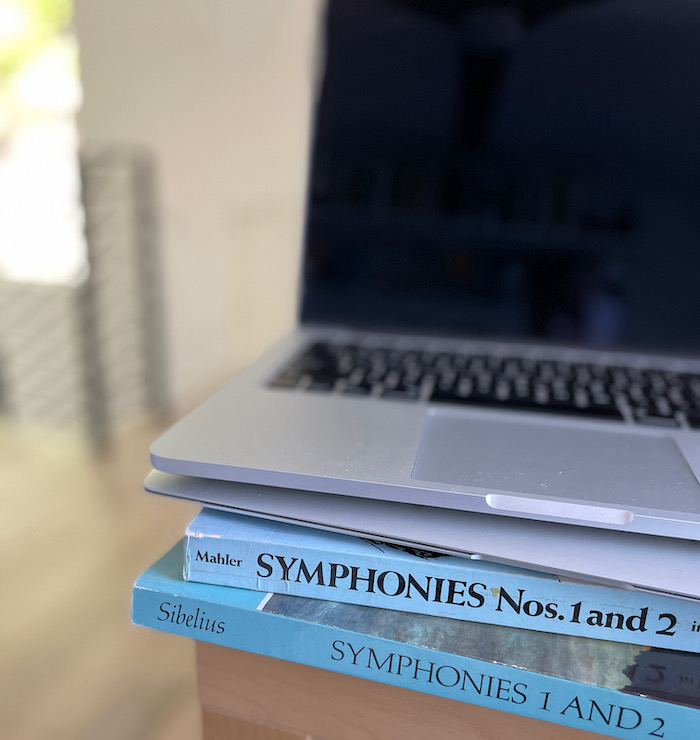 My professional journey started in music education, went through full-stack web programming, and arrived in product management. I carry pedagogical training and technical skills into everything I do as a product and people manager.

Let's connect! E-mail me, or send me a message me on LinkedIn. 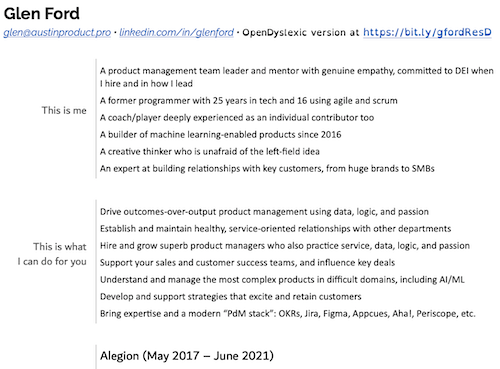 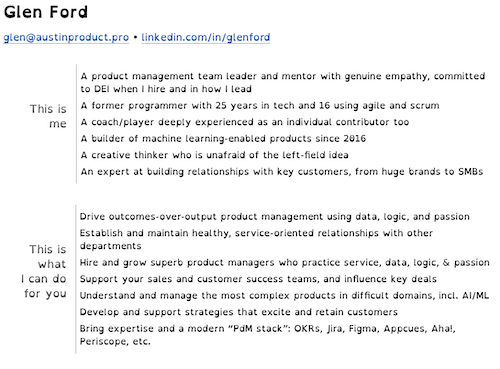 Programmed interface and application layer for a SaaS-based asset management system used by large institutions such as the Louisiana state government and University of Texas. Tech included Java, HTML, CSS, and JavaScript.

Houston area. Part-time designer and developer of “brochureware” websites at a time when that meant lots of <TABLE>, some GIFs, and a little JavaScript.

In the 5+ years that we worked together, I was privileged to witness Glen's awesome ascent through engineering and product. Wicked smart, funny, collaborative and driven, Glen made a big impact on our organization in numerous ways.
Steve Semelsberger
Glen was my first boss in a product management position, and to say I wouldn't be where I am today without him would be an understatement. He excelled at imparting his knowledge on those around him and then empowering them to do their job so that they could grow and flourish.
Alania Cater
His ability to listen to feedback, and communicate ideas with humor and humility, was inspiring and I'm so thankful for having had the opportunity to learn as much as I did from him in our 4 years working together.
Erin Hanson
Over our 7 years of working together, I was able to watch his leadership skills and work ethic first hand. Glen is an in-the-trenches Product-guy, he is passionate and pours his blood/sweat/tears into his team and solutions.
Laura Cowan
Glen and I worked together through several different roles at Pluck/Demand Media. Glen is thorough and creative, and brings a sense of service to the customers he interacts with, the products that he manages, and the team that he collaborates with.
Jason Crickmer
Glen is an innovative and proven product leader. He was instrumental in helping further define customer requirements and best identify effective solutions to fit the business needs of each using the Demand Media/Pluck platform. In addition, Glen has an impressive understanding of the software development space, combined with great interpersonal and technical skills (read: geek!). Glen was a valuable asset to the Customer Success team in both helping with unique product requests, as well as effectively integrating feedback into future product releases.
Trina Pirtle
Copyright © 2014–2022 Glen C. Ford. All rights reserved.